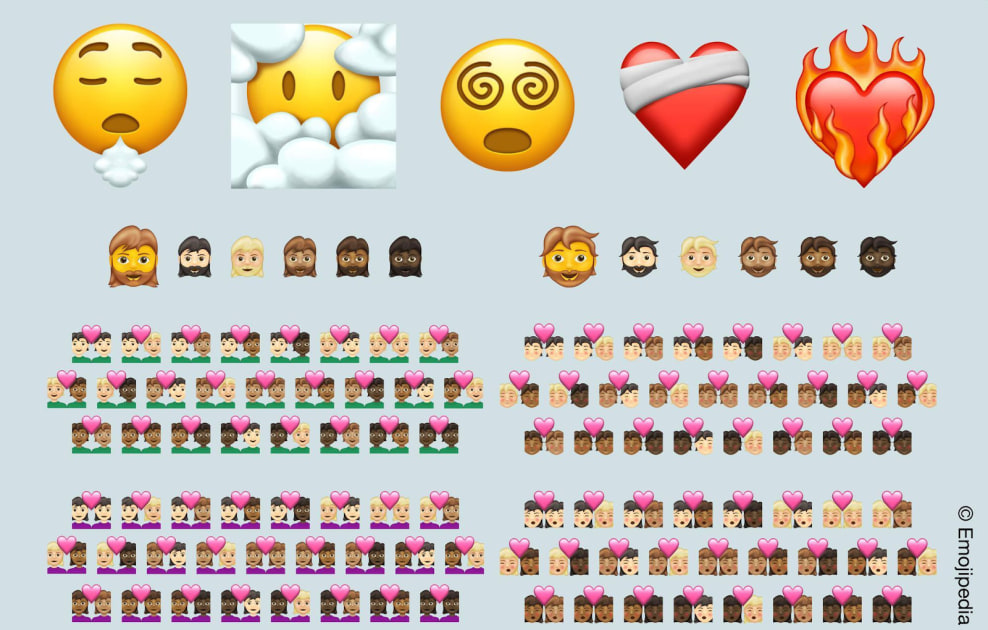 The Unicode Consortium has unveiled a relatively minor emoji update that would still add 217 options to your selection next year. Emoji 13.1 comes with seven brand new images: a heart on fire, a heart with bandages, a woman with beard, a gender-neutral person with beard, a face letting out an exasperated sigh, a face hidden in the clouds and a dizzy-looking face with spiral eyes. The rest is made up of new skintone grouping variants for the “couple with heart” and “couple kissing” emoji.

While there are only seven new graphics coming in 2021, that’s still seven more than what could’ve been a year with no fresh ones. The Consortium had to push back its annual Unicode Standard release by six months due to COVID-19: Unicode 14.0, which was supposed to come out in March 2021, will now be released in September. As Emojipedia explains, that means operating systems won’t be able to incorporate Unicode 14.0 updates until very late next year or in the first half of 2022.

In its announcement, the Consortium says its volunteers put this update together just so new emoji can debut before 2022. It also says the new selection will start showing up on devices in the coming moths, though it’s worth noting that Emoji 13.0 — the graphics that were unveiled earlier this year — isn’t even done rolling out yet.

In this article: emoji, Unicode, Unicode 13.1, news, gear
All products recommended by Engadget are selected by our editorial team, independent of our parent company. Some of our stories include affiliate links. If you buy something through one of these links, we may earn an affiliate commission.